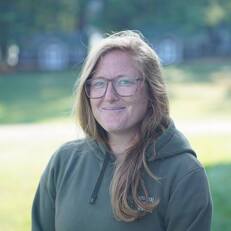 I had been hearing about Circle Camps for eight summers, but never quite saw how I, a 20-something year-old guy, would fit in a camp of 100+ screaming girls. As a Mother’s Day gift my mom, the Head Nurse at the time, requested that I join her for one summer as a land sports counselor I didn’t know what to expect. I figured I could sacrifice just one week of just one summer and that would be the end.

I’ve never been so happy to be so wrong.

That summer was an incredible experience I’ll never forget. It was exhausting. It was emotional. More than anything, it was rewarding. That week I gained 100+ new little sisters and I couldn’t imagine another summer without them. I didn’t know it at the time, but Circle would become an even bigger part of my life. A few weeks after returning from camp, my uncle died suddenly and unexpectedly, leaving my two cousins in a world of hurt. However, I knew the perfect place where they could grieve and grow and learn to adjust to their “new normal.”

I’m truly grateful I made the decision to volunteer for “just one week of just one summer” and now as Camp Director at CEKC, I’m glad to contribute year-round.

​My journey to Circle Camps began like many others, with the death of a parent. In 2005 when my mom died suddenly, my grieving dad had little to no idea how to help his five and ten year old now-motherless daughters. Luckily for all of us, he turned to a children’s grief organization, the Children’s Room in Arlington, MA. The Children’s Room helped my sister, Zoe, and me in very different ways, but by far the best thing the organization brought us was Circle Camps. Zoe immediately signed up as a camper at Circle of Tapawingo and years later, when I was old enough, I interviewed to be a counselor. Seven summers of volunteering later, I was asked if I could see myself in the role of Head Counselor (now known as Camp Director) and nothing had ever felt so right.

Outside of camp, I am currently a full-time nanny for three children under five years old. In 2017, I graduated from UMass Dartmouth with a degree in Business Information Systems, and I am currently in the process of applying to graduate school to earn my Masters Degree in Social Work. If volunteering at Circle Camps has taught me anything, it’s that I am never happier than when I am working with people (or singing camp songs!)

Heather Rubin, Clinical Director
​​hrubin@circlecamps.org
​
My introduction to Circle Camp happened through word of mouth. A friend reached out to a friend who then reached out to me thinking I’d be a good fit as a camp clinician. As a social worker, my passion is working with and empowering young people, plus I got to spend a week at camp – what could be better? Camp was such a special part of my formative years, and I was excited to have the opportunity to go back in such a meaningful way. During my first week at camp almost five summers ago, I walked in knowing no one and walked out part of a family. I haven’t looked back.

At the end of 2019, I transitioned into the role of Clinical Director of Circle Camps. Taking on this role has been one of the greatest honors I’ve had. Even during the immense challenges that the past year has brought, the Circle family has continued to come together in ways that leave me awe-struck and inspired. The strength, joy, and love our campers display every year is magic unlike any other – yes, even including this past summer on our computer screens!

Outside my role at Circle, I am a Licensed Clinical Social Worker in Pennsylvania practicing outpatient therapy. Throughout my career, I have worked across a variety of settings with children, teens, and adults. I recently moved from Pittsburgh to Philadelphia with my fiancé. We love exploring our new city as much as we can during a pandemic. We love traveling and hope to be able to again very soon.

Ariel Goehring, Assistant Clinical Director
​agoehring@circlecamps.org
​
Even though I only attended a handful of summer camps as a child, I identify as a “camp person”. You know, the friendship-bracelet-wearing, willing to be goofy in front of a crowd type. The memories I have of camps growing up are fond, filled with both the silliness of activities and the growth of discussions. I always cherished my time at camp.

When I found out about Circle while attending graduate school at The University of Pittsburgh, I knew I had to get involved. When I was 16 years old, my father died from ALS. This experience completely changed the trajectory of my life. It pushed me to pursue a Bachelors in Psychology and a Masters in Social Work. As a teenager walking through the death of a parent, I felt that the available grief resources weren’t resonating with my experience. The pairing of the multifaceted experience of camp with the feelings experienced in grief, was so natural to me. I couldn’t wait to get connected.  Each summer I’m still as excited for camp, if not more so, as I was six summers ago.

When I’m not at camp, I can be found in your local thrift store, in deep conversation with a friend over a cappuccino or hiking or camping anywhere near the water.

Sarah MacDonald, Director of Waterfront​
​smacdonald@circlecamps.org
​
Bridgton, my hometown, is a small Maine town nestled between mountains and lakes; lots of lakes. As a teenager, my first job was to lifeguard at a few of these beautiful lakes. Had you asked me at 15, I never would have guessed how much becoming a lifeguard would shape my life. Following my senior year of high school, a friend and I happened upon an advertisement for a week long camp searching for lifeguards, we called, we met Sandi Welch, and my life was never the same!

Every August since the summer of 2004, I have had the privilege of sliding on my name necklace and lifeguarding uniform, hiking down a hill or a mountain, and watching over the campers and counselors at Circle Camps. Now the Waterfront Director for Circle Camps, I spend my off-season helping with waterfront programming and ensuring the safety of our campers. Over the years, I’ve been lucky enough to be joined by different family members including my husband, who drives the tubing boat, and my mother who recently retired from lifeguarding.

​When not at camp, I spend my time with my five and two year old children, be it swimming, hiking, or simply playing in our backyard. I love to knit I wouldn’t be caught without a book!

Bex Oring, Director of LIT
​roring@circlecamps.org
​
​I've spent part of almost every summer since I was nine years old at sleep away camp. Looking back, most of my emotional growth happened over the summer. Camp was my safe space, where I could try new things, where I could be me. Providing this environment for Circle Campers is what brings me back each year. Over the last seven years, I've had the opportunity to work with Circle's oldest campers, the LITs, our current and future leaders. These campers grow up with Circle, excitedly looking ahead to the time when they can be the inspiring role models that their counselors were for them when they were young. Watching campers that I knew when they were 8 years old grow up to be strong counselors, mentoring and comforting their own campers is a true joy.

When I'm not at Circle, I work for Habitat for Humanity in Charlotte, North Carolina managing government funding and advocacy to support affordable homeownership. I lead volunteer trips to build with our partners in El Salvador, Guatemala, and Cambodia. I love to travel, hike, and spend time with family, friends and my pup, Chispa.